How to travel from Istanbul to Anzac Cove

Located in the northwest of Turkey, the Gallipoli Peninsula was the site of extensive fighting during World War I involving Australian and New Zealand Allied forces against Turkish forces. Also known as the Battle of the Dardanelles, the Gallipoli Campaign saw devastating losses on both sides and its battlefields and cemeteries have now become a site of pilgrimage for not only Turks, but also Australians and New Zealanders.

Most of the battles took place at the southwestern end of the Gallipoli Peninsula where it fronts the Aegean Sea. It was due to the peninsula’s location at the entrance to the Dardanelles (along the supply route to Russia) that it was of strategic significance and a target for Allied troops. In addition to the battlefields and cemeteries of Gallipoli National Park, the peninsula is also home to swathes of pine forests and olive trees, as well as magnificent cliff top views.

How to travel from Istanbul to Anzac Cove

The town of Eceabat is the gateway to the Gelibolu (Gallipoli) Peninsula Historical National Park, which protects the World War I battlefields and cemeteries of Gallipoli. It is situated around four hours’ drive from Istanbul or five hours by bus, which depart every hour from Istanbul.

Alternatively, you can fly from Sabiha Gokcen Airport on the Asian side of Istanbul to Çanakkale and get the ferry from there to Eceabat. Tours of the battlefields, memorials and cemeteries depart from both Eceabat and Çanakkale, with a good network of roads connecting most of the sites.

Most tours also enable you to attend the Australian and New Zealand ceremonies at Anzac Cove and Chunuk Bair, with direct pick-up and return transfers to Istanbul. Some itineraries also include a guided tour of the battlefields and major World War I sites that scatter the Gallipoli Peninsula and can be combined with visits to the legendary city of Troy and other destinations across Turkey. 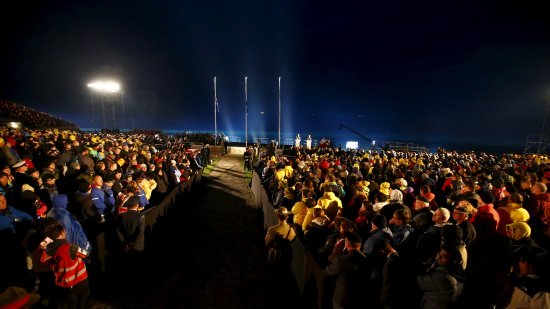